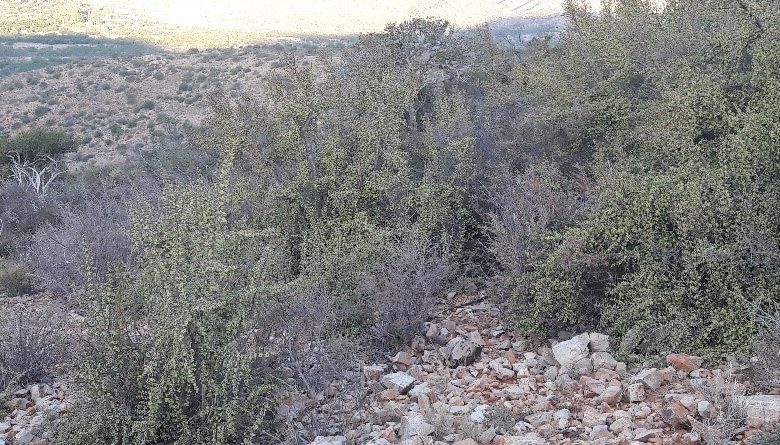 The Baviaanskloof epitomises aridness, remoteness and hard living: Africa is not for sissies.  The Kloof’s attributes are, however, also its curse.

It is isolated and arid with rainfall below 200mm/year characterised by temperatures soaring into the 400Celcius.  Not a place to live, one would argue.  Yet it is blessed with a river (the Kouga river) and several perennial fountains and seeps making the alluvial soils of the valley bottoms highly productive.  The combination of the harshness, but with abundant water in the valley bottom, has led to serious degradation.  But is this degradation based on recent events?

The Kloof was used intensively for more than a century.  For example, in the 1890s, Mr P.G. Strydom had 1 500 ostriches and a few thousand angora goats that roamed freely on the farm Zandvlakte (freely translated as “the plain of sand”).  There were no camps and no proper management system in place. Subsidies to establish camps only came in 1925. Strydom, however, was bankrupted in 1916 with the collapse of the ostrich market.

Overgrazing, lack of rotational grazing, and degradation of the stock of biomass in the Kloof is thus not a recent phenomenon. It has been long in the making. A degradation problem that took more than a century to be made, cannot, and will not, be solved overnight. The Kloof we desire for tomorrow, must, however, be created today.

In 2008 we started with a Spekboom restoration project. I removed my animals and re-established Spekboom veld. Owing to the drought and the heat, the recovery process is slow. The Spekboom is slowly but surely re-establishing itself though, and the functioning of the ecosystem is returning. The system is undergoing a healing process.

Using regenerative agriculture principles, I have established 10ha of organically produced rosemary and between the rows I have planted cover crops using a cocktail of species.  The cover crops are being grazed by sheep.  I keep 150 sheep on the 10ha, that is 15 sheep/ha effectively where the carrying capacity is 10ha per small-stock unit.  The sheep are kept in a small enclosure of a quarter hectare using electric fences and moved every second day.  This allows for an 80-day rotation – enough time for the re-growth of the cover crop.  In this way the carbon, hydrological and nutrient cycles are supported and accelerated in a natural way. This allows me to remove the animals from the Spekboom veld under recover. Please note: the sheep do not eat the rosemary; they are not pre-marinated.

Restore: it is a verb

I have decided that the degradation that took place will not determine my future. The sun is setting on a degraded past and rising to a restorative future. We are the generation that must act; I acted on my farm. This is was able to do with the help of a large number of people, including the Subtropical Thicket Restoration Programme, the restoration unit of Rhodes University, Living Lands, and the Government of South Africa.

People are welcome to come and visit me, or even enquire about our organic rosemary. More information is also available at http://baviaanskloof.com/ 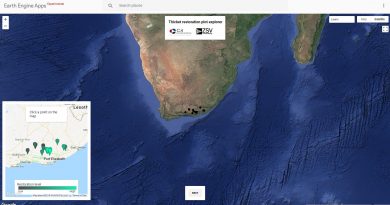 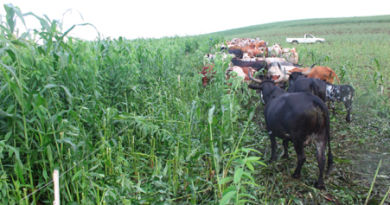 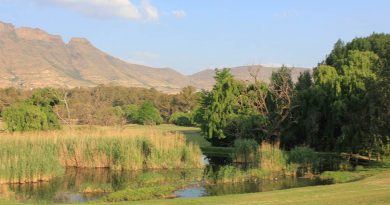 The story of Moolmanshoek – return to Eden

The village known for tasting menus, salmon trout, bubbly and hop-on hop-off wine tours is rapidly shape-shifting into a village trying to keep its own community fed. Could Franschhoek become a national community model, and what happens when the crisis subsides?

Returning past glory: How the Cape Mountain Zebra returned to the Baviaanskloof

The Herding Academy in Graaff-Reinet

Baviaanskloof: Where the Lionheart dwells